The company was founded in 1906 by Walter Thomas Knowles, becoming a limited company in 1926. Walter’s sons joined the business in the 1920s and in the 1950s they took the reins. About this time, the third generation joined the company and they took control in the 1970s. Now the company is run by the fourth generation.

During World War 2, W T Knowles & Sons Ltd won many contracts with the MOD for draining airfields. Shortly after the war there were around eighty individual clay pipe manufacturers, today there are only three.

The company still has six down draught beehive kilns which produce both glazed and unglazed goods and employs a workforce of around 45 people. Many of the traditional molding techniques are still being used today.

Clay is a natural product, and as such it can return to the environment without harm. It is unaffected by most chemicals and is inert and lasts for hundreds of years.
Clay is extremely resilient, resistant to rust and corrosion and is fireproof. 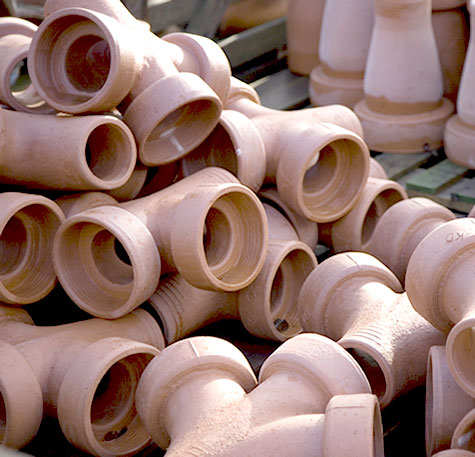