It is with great sadness that we report that Malcom Knowles, Chairman of W T Knowles & Son’s Limited, passed away peacefully at home in his sleep on Saturday 19th June 2021 aged 91.

Many of our existing customers will have known Malcolm well during his long period of service with the company.

The business was founded in 1906 by Walter Thomas Knowles in Elland in the West Riding of Yorkshire (now West Yorkshire).

Malcolm was the third generation of the family to join the business, appointed as a Director aged 21 in 1950.

Although he retired in 1994 Malcolm remained Chairman and a Director to this day.

Malcolm’s funeral took place on 14th July and he will be sadly missed by his family and colleagues at W T Knowles as well as his many friends in the industry. 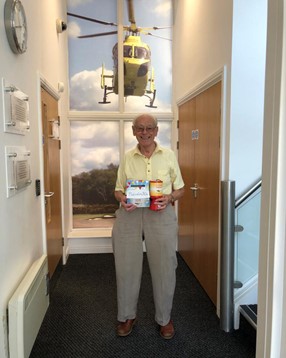